Ysabel and Martin Bilbao often get asked how they can work together, and their answer is easy. When they partnered their public affairs team, their parents told them to work hard, remain respectful and remember they still had to spend holidays together. Several years later the brother and sister team has grown into the well-respected business that it is today.

Working with quality clients and individuals who are committed to growing an even greater Idaho, has helped create a government affairs and strategic communications business that Ysabel and Martin are proud of.

Over the years Bilbao & Co. has expanded its capabilities and expertise to include three additional team members who bring a variety of stills and knowledge to the business. With decades of experience in the newsroom, the statehouse, and the campaign trail, the team provides clients with immense understanding and sound knowledge, creating outcome driven results.

Ysabel Bilbao started Bilbao & Co. in 2015, a public affairs and public education firm in Idaho. She has 15 years of experience in developing messages and disseminating information to inform and educate the public.

Through her extensive experience both on and off the airwaves, Ysabel is an expert in crisis management and message development as well as has an in-depth understanding of how to get ahead of a story.

Before venturing out on her own, Ysabel was a principal at Gallatin Public Affairs where she worked on several issues pieces including outreach and education for Your Health Idaho and assisted in developing messaging that focused on road safety, the economy and the environment for the Right Truck for Idaho coalition. Most recently she acted as support in messaging and public engagement for Advantage Dental’s brand development and public awareness campaign in Idaho.

Before joining Gallatin, Ysabel was the regional integrated communications officer for the University of Idaho. Based in Boise, she helped promote and expand the university’s brand through earned media in southern and eastern Idaho. Ysabel worked closely with university leadership and helped guide the university in its crisis communications and legislative agendas.

Ysabel is an award-winning journalist who has spent her career covering the news from around the state of Idaho. Before entering the world of public relations, she worked at KTVB-Channel 7 where she anchored the Saturday Morning News and reported on a number of stories, specializing in crime, courts, and the legislature. Prior to joining the KTVB team, Ysabel worked as a general assignment reporter for KIFI-Channel 8 in Idaho Falls.

Ysabel served on Governor C.L. “Butch” Otter’s Public Information Emergency Response team, PIER. She is trained in the National Incident Management System by FEMA, and the Bureau of Homeland Security.

In 2012 Ysabel was named one the Idaho Business Review’s Accomplished Under 40. Ysabel attended Arizona State University where she majored in broadcast journalism as part of the Walter Cronkite School of Journalism and Telecommunications. She also minored in Spanish after attending Euskal Herriko Unibertsitatea (University of the Basque Country) in Bilbao, Spain.

Ysabel is a native of Nampa, Idaho. She is active in the Boise community, the Basque community and has served on the board of directors for several area organizations and non-profits. 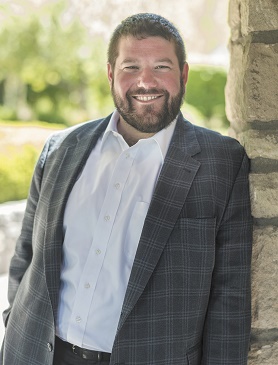 Martin Bilbao understands how Idaho politics works – both inside and outside the halls of the State Capitol.

An Idaho native, Martin has played key leadership roles in successful statewide campaigns and has extensive experience advocating for interests before the state legislature and state government. Martin knows the people and understands the process that drives public policy decisions in Idaho.

Before joining Bilbao & Co., Martin was a principal at Gallatin Public Affairs and lead the government affairs division in the Boise office.

From 2007 through 2013, Martin represented clients before the Idaho legislature and state government, building relationships with state lawmakers and state agencies, creating legislative strategies, and tracking and drafting legislation. From 2010 to 2013 Martin worked for Education Networks of America and from 2007 to 2010 he represented a diverse roster of clients at the State Capitol for Idaho government relations firm Connolly & Smyser Chartered. Martin got his first taste of politics working for the Idaho Republican Party.

Martin earned his Bachelor of Science in Journalism and Mass Media at the University of Idaho. He also studied at the Euskal Herriko Unibertsitatea (University of the Basque Country) in Bilbao, Spain. Martin served as President of the Basque Foundation, Inc. and he currently on the Board of Directors.

Niko Lostra started with Bilbao & Co in 2020. A native Idahoan, he understands the importance of history and traditions of Idahoans. He is dedicated to serving Idaho and enjoys working closely with Idaho’s decision makers. He is full of life, enjoys being around people and helping others.

His first two years of college took him on adventure to Boulder, CO attending school and working for the Universities football team. His work for the football team was in operations and recruiting.

After two years in Boulder, Niko missed Idaho and came back to Boise.  He studied political science and mass media communication at Boise State University. While attending BSU, he was offered a summer time job to work for a funeral home.

Well would you know it, but that summer time job turned into 12 years of working and assisting funeral directors and morticians. This job helped grow and mold the person that Niko has become.

Niko enjoys all sports, spending time with his friends and traveling. Golfing and any warm weather activities he can enjoy in Idaho’s vast landscape bring him lots of joy. 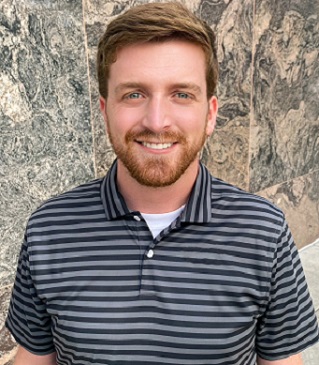 Darren Damon is an award-winning news producer who is credited with his attention to detail and commitment to getting the story and message right. Before joining Bilbao & Co., Darren was responsible for producing two leading newscasts at KTVB Idaho’s NewsChannel 7, including Wake up Idaho and the News at 10. During his time at the Boise television station, he was recognized with several awards from the Idaho Press Club.

Darren started his career in broadcast journalism as a news producer at KTMF in Missoula, Montana. After two years in Big Sky Country, he decided it was time to come back to the Gem State.

Darren grew up right across the Idaho border in the town of Clarkston, Washington. He and his wife now call Kuna home. Darren is a graduate of the University of Idaho, and he is a very proud and spirited Vandal!

Melissa Mione is an Emmy-award winning television news producer and avid storyteller, who loves forming lasting relationships. A self-described perfectionist, Melissa knows how to stay organized when working under tight deadlines, while ensuring the information is correct and the delivery of the message is on point.

Before joining Bilbao & Co, Melissa was a news producer for several leading newscasts at KTVB NewsChannel 7, including Wake Up Idaho, The 208, the News at 6, and the News at 10. It was there Melissa honed her writing skills and fostered her passion for working with and for the community.

Melissa also worked on the production side at KTVB. She oversaw the playout of both local and national content for 4 NBC-affiliate channels in Boise and Twin Falls, as well as ran the audioboard and cameras for every live or taped show and event.

Melissa grew up in Sandpoint, Idaho before earning her bachelor’s degree at Boise State University, where she studied communication and political science. Melissa lives in Boise with her boyfriend, Matt, and their two cat roommates. 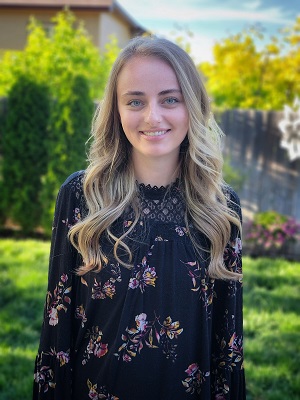